This is a brief interlude in the #coursedata blog posts, as I’m just back from BETT 2013, the educational technology trade show.
This year the show has a new home, at the Excel centre out in the East End of London… unfortunately this is reached by the pretend train service that runs on DLR (Docklands Light Railway), and was struggling with the vast number of eager learning technologists.
That said once we arrived at the venue it seemed a much better home, much more open and airy, and far easier to find a cup of tea and a seat.
I was intrigued to see that the event was trying to shake off the schoolsy image and appeal to FE and HE more overtly than I’ve noticed before. 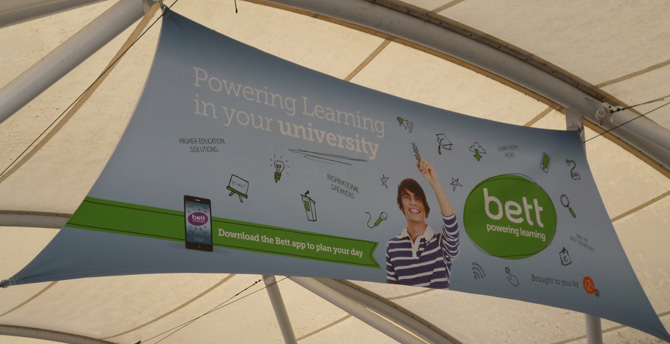 If I was cynical I’d guess this was down to the fact that schools budgets have been dwindling, and suppliers need to look for fresh customers, However it may also be down to the greater focus on (and maybe sponsorship from) the cloud-based storage and application offerings from both Google and Microsoft, which appeal across sectors.
Strangely considering the heavy Microsoft presence I saw only two of the heavily advertised Surface tablets… in fact there were more Raspberry Pis on show, and one of the most interesting stands was www.fuze.co.uk who were selling Raspberry Pi keyboard cases with a built in electronics breadboard, not as cheap as a bare Raspberry Pi (£25), but not too bad when you add the price of a case, a power supply a mouse, SD card pre-installed with Rasbian, cables etc…

The show continues to grow more international every year, which may be down to the continued growth of the Education World Forum (previously the Learning World Forum) which runs just prior to BETT and provides an opportunity for ministers of education from across the world to meet.

Sadly I didn’t see any revolutionary technology at the event, there were the usual plethora of whiteboard vendors, furniture suppliers and network management applications. The biggest draw was superstar Physicist and 6 Music regular Prof Brian Cox who filled the arena to overflowing.
There’s one day left of the show, it’s worth a visit, but leave your cheque book at home to avoid impulse purchases (I nearly bought an Orange Guitar amp), and keep your badge in your pocket, or it’ll get scanned by everyone and you’ll be getting junk mail and spam for months. 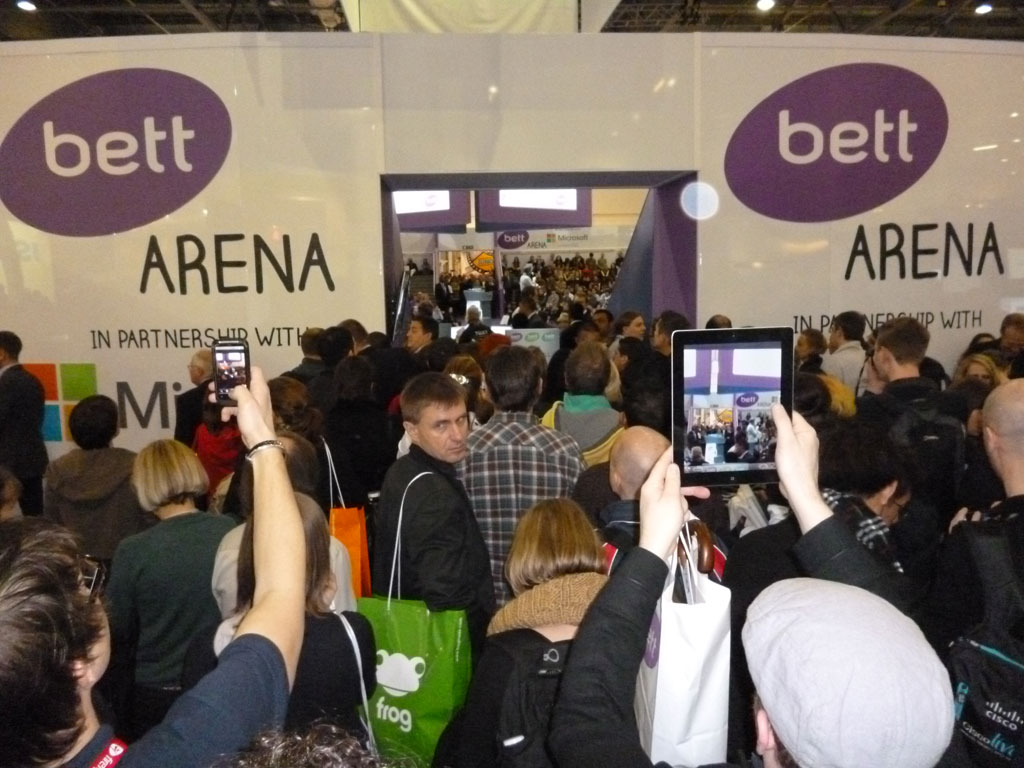