Way back in 2005 I visited Alton College to look at a Moodle module they had created to make access to the NLN materials easier for teaching staff.
They’d also invested quite a lot of effort into developing individual learning plans for students to access online. The plans included target grades and a progress tracker and were used in tutor reviews. Importantly the system allowed timely interventions to keep students on track, whereas the previous system of adding paper concern notes to registers meant it could be too late once the concern was noted.
The system allowed any of the lecturers or support staff to enter concerns about work or commitment into the college information system which would send a message to the student’s tutor. The tutor would then discuss the issues with the student. The system used a Red, Amber Green traffic light system, students started off in the green, but late or missed deadlines or absences triggered an amber light and an alert to the personal tutor and student services.
I can remember interviewing a librarian at the college who said the system had made her feel involved and listened to, as submitting concern notes about students now made things happen.
For the learners this system provided swift feedback on their progress and helped prevent mis-steps. I talked to some art students at the time who were very positive about the system, and heard anecdotes of students working hard to get themselves out of the amber zone. All this was great, and had a positive impact on retention and achievement. I was delighted when Alton became one of the Becta Technology Exemplar Network Colleges and started sharing their experiences.
And then in 2011 I went to FOTE and listened to the chap from IBM talk about Learning Analytics, which made me view things in another light.

Analytics is a business tool that allows those who use it to make the best use of resources- the Memphis Police Department worked with IBM who looked at their crime trends and enabled them to re-allocate resources, resulting in a 30% reduction in crime.
Great.
In Education these tools allow prediction of student failure before it happens. In an example Hamilton County department of education in the US (42000 students) worked with IBM to improve graduation statistics from only 25% to 33% in just one year using an automated student management system, because they could allocate resources where they were most likely to be needed.
Great.
In the UK many Universities are starting to talk to IBM about Analytics, Edinburgh Telford College invested in Predictive Analytics, highlighted the need for attendance to students, and linked it directly to their Educational Maintenance Allowance (a fund to encourage folk to continue in education)
The IBM fellow then moved on to talking about automated systems, which remove the need for costly lecturer or student services involvement, and the potential to identify which students will fail before they even arrive based on location information “not with the purpose of excluding them…” 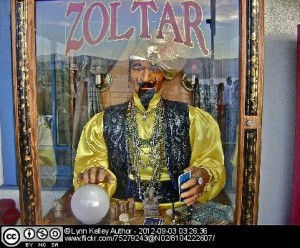 It occurred to me then that the context is everything, whereas in the Alton College scenario the data flow was tightly coupled to caring pastoral support staff, and enthusiastic tutors, the IBM speaker indicated that similar data could be used as a business tool… to make business decisions based on predictions about the potential for students to fail…and the potential for staff to fail…

Since then Analytics has become a trending topic, and there is no doubt that such powerful tools will become more prevalent, but with great power comes great responsibility.
It is therefore timely that JISC-CETIS have released a series of 11 papers on Learning Analytics, and that the most recent deals with the legal risks and ethical aspects of analytics in Higher Education (though it is of equal value to those working in Further Education). The papers offer an insight into the world of Analytics and may help us predict some of the issues we will run into in the future.
Well worth a read.

We use cookies on our website to give you the most relevant experience by remembering your preferences and repeat visits. By clicking “Accept All”, you consent to the use of ALL the cookies. However, you may visit "Cookie Settings" to provide a controlled consent.
Cookie SettingsAccept All
Manage consent

This website uses cookies to improve your experience while you navigate through the website. Out of these, the cookies that are categorized as necessary are stored on your browser as they are essential for the working of basic functionalities of the website. We also use third-party cookies that help us analyze and understand how you use this website. These cookies will be stored in your browser only with your consent. You also have the option to opt-out of these cookies. But opting out of some of these cookies may affect your browsing experience.
Necessary Always Enabled
Necessary cookies are absolutely essential for the website to function properly. This category only includes cookies that ensures basic functionalities and security features of the website. These cookies do not store any personal information.
Non-necessary
Any cookies that may not be particularly necessary for the website to function and is used specifically to collect user personal data via analytics, ads, other embedded contents are termed as non-necessary cookies. It is mandatory to procure user consent prior to running these cookies on your website.
SAVE & ACCEPT